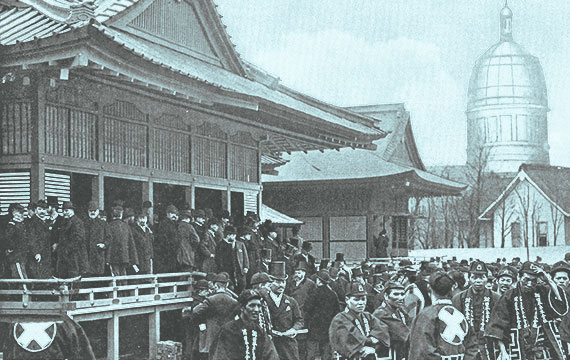 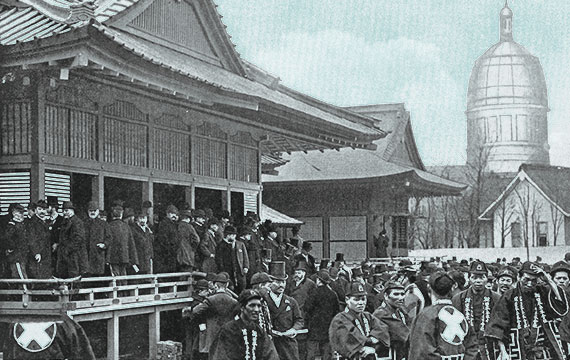 The Japanese believe that when a phoenix descends from the heavens, a new era of peace and prosperity will begin. For the 1893 World’s Columbian Exposition, the Japanese delegation created a pavilion celebrating the arrival of a phoenix. This structure was meant to teach the world about Japan. 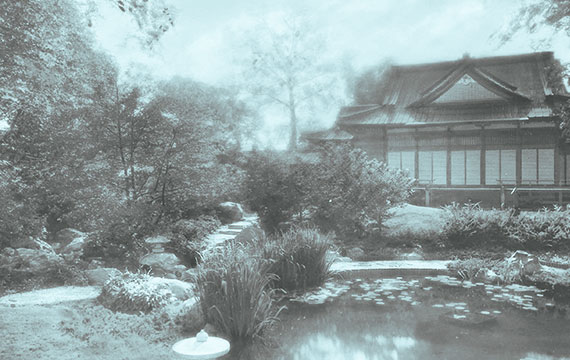 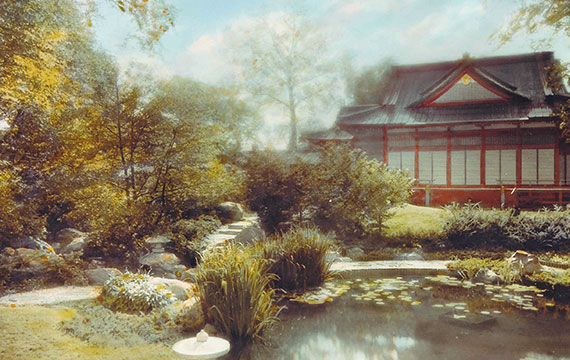 Japan gifted the pavilion to the people of Chicago, who maintained it as a place to learn about Japanese culture. Enduring the highs and lows in U.S.-Japan relations, Chicago celebrated the Phoenix Pavilion’s 120th by planting over 120 cherry trees in the area, calling it the Garden of the Phoenix. 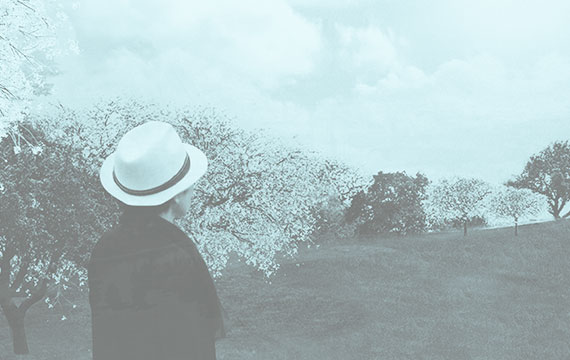 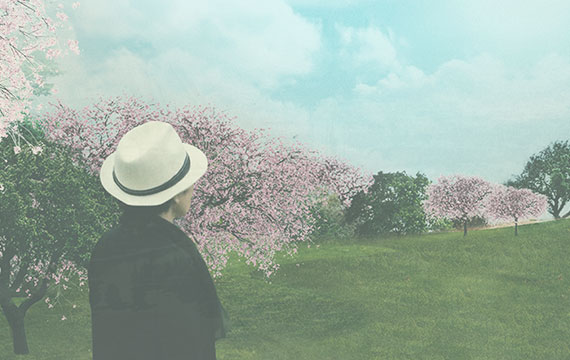 During her first visit to the Garden of the Phoenix, Ono felt a powerful sense of place as she learned its history. She envisioned a lotus of hope rising from the ashes of the phoenix to usher in a new era of peace. On June 12, 2015, Ono held a ‘Ground Healing’ ceremony to prepare the site for SKYLANDING and MENDED PETAL. 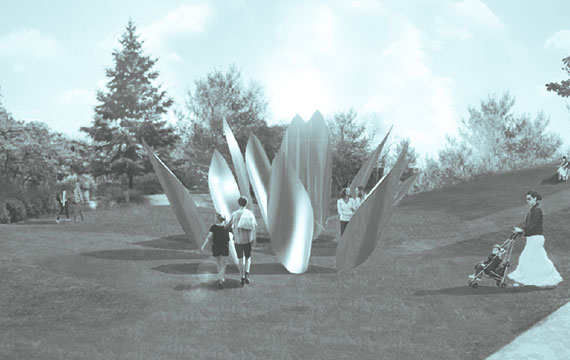 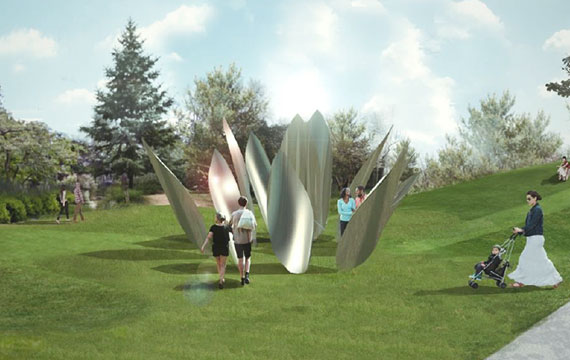 SKYLANDING rises from the ashes and harnesses the power of the site to become a place for congregation and contemplation – a place where one’s mind, body, and spirt can be free and begin to make our greatest hopes, dreams, and aspirations a reality.